Verizon recently launched the Android 5.0 Lollipop update for their Samsung Galaxy S5. That provides many of the new features that can come just like that of Lollipop as well as its own tweaks and enhancements. Customers may immediately notice Materials Design which adds fluid animations and themes to the operating system. Shortcuts for Phone and Camera are now available from the lock screen which will display Material Design-inspired notifications and allow users to set priority and privacy for notifications displayed on the lock screen. Music controls will be displayed as a card to maximize the use of screen real estate. TouchWiz brings a brighter look and feel as well as fluid animations and bold colors also inspired by Material Design. 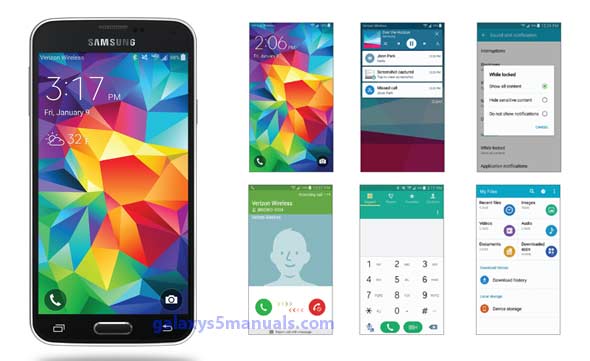 System Update While You Are Roaming

The device will power back on with original software and will prompt you once again to install the system update.

Verizon has just announced the rollout of Galaxy S5 Android 5.0 Lollipop update, software version LRX21T.G900VVRU1BNLC, making it the first major carrier in the United States to push it out for users.