During the presentation of the Samsung Galaxy S5, some applications were announced and new versions of existing programs have revealed their updates. With the first firmware Galaxy S5 appearing over the internet, some of its programs have been made available on the network, such as the S Voice.

The new version of the application received an update on their interface to be more assertive than previous editions. To test the application without having a Samsung Galaxy S5, you must have an S4 or  Galaxy Note 3 with Android 4.4.2 operating system installed KitKat. 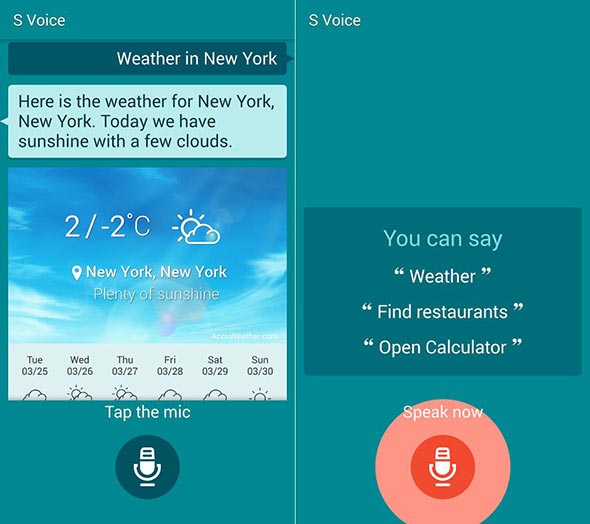